The man in the purple cape

When I asked Brian LeBlanc about his favorite tools for living well, he lowered his voice conspiratorially on the phone and said "One of them is Alexa, but I have to whisper her name so that she doesn't hear me!"

A clever sense of humor is Brian’s trademark, and his blog about living well with Alzheimer’s is filled with positive energy while never shying away from the day-to-day realities. Diagnosed at the age of 54, Brian turned to his background in PR/Marketing for the answer to “What’s next?”

“My mother always told me, ‘You’ve been talking since you came out of the womb,’ and I’ve never stopped.” He wanted to use his voice to describe what is going on in his own life but also in the lives of those living with dementia who cannot communicate. Getting out there and telling his story brings Brian joy. Not only is it therapeutic for him to share his journey, but it also gives him a tremendous lift when other people tell him that he has spoken for them as well – particularly from the standpoint of someone with an “invisible disability”.

“When you have a broken arm, you wear a cast. When you get cut, you have a scar.” But when people can’t SEE your disability, you are working against so much misunderstanding. A woman recently contacted Brian after seeing his article in Teepa Snow’s Positive Approach. Living with fibromyalgia, she was so moved by how he’d captured what it’s like to have an invisible disability. It made Brian realize that he can make an impact that goes beyond Alzheimer’s.

He is also mindful of how much this engagement with other people contributes to his well being. “When I don’t have things to do, I’m a different person. I feel depressed. Nothing appeals to me or jumps out at me. It can be like an on/off switch – when I have something to do, I’m the PR guy again.” When someone approaches him who clearly remembers him from a past encounter, Brian may not always remember them but he does his best to honor that connection between them. He appreciates every moment, and subscribes to a theory of moments in order to live well:

“You take things one moment at a time. Then those moments turn into a day. Then you take one day at a time. You may not always recall the day before, but you make the most out of those moments.” 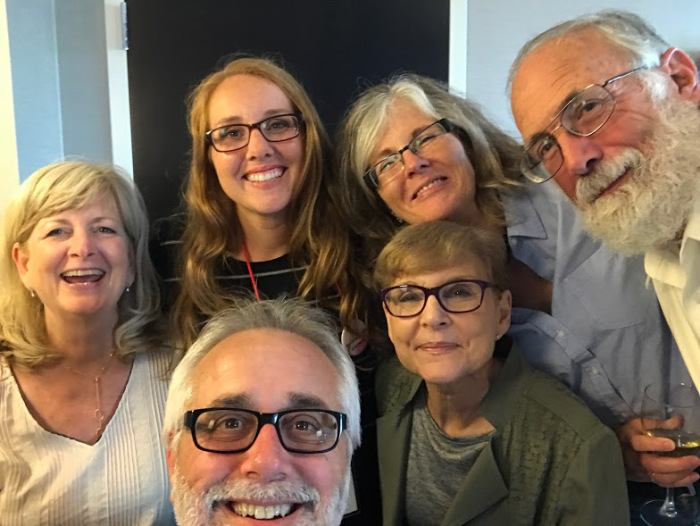 While this is useful advice for any of us, Brian says he doesn’t generally offer advice to someone who’s been recently diagnosed with a dementia-related illness. The diagnosis experience itself can be particularly traumatic. After hearing how many people had similar experiences to his, Brian has embarked on a video project to chronicle people’s diagnosis stories. For his own clip, the scene is set by a wooden fence in the snow. Brian stands alone, and uses his voice to represent so many: “I felt abandoned!”

In addition to sharing these stories, Brian is part of the Dementia Action Alliance which produces the Caring Conversations Toolkit, consisting of 2 handbooks to help those who’ve just been diagnosed and their care partners. Resources, support groups, and helpful medical information is written in an accessible, inclusive fashion. If he could give the recently-diagnosed one piece of advice: “Don’t let anyone count you out.”

Removing the stigma associated with dementia is one of Brian’s primary goals for using his voice. He encourages everyone to talk, so that they can show their friends and their communities what they CAN do. You can imagine the devastation when last year Brian lost his own voice – completely. It lasted for over two weeks, and returned almost magically when his wife took him to Disney World and they were in awe of the fireworks. Coincidentally, Brian lost his voice again almost one year later to the day, when we were first scheduled to chat. At the hospital they diagnosed him with conversion disorder, a neurological condition that is triggered by anxiety or depression.
One way that it can manifest is as a paralysis, in this case a paralysis of Brian’s vocal chords. It would be terrifying for anyone, but in particular someone for whom voice is such a source of joy. 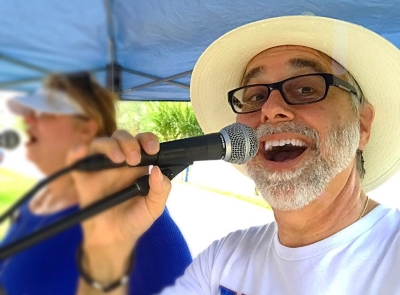 Both Brian and his mother sang in church for over 40 years, and so music is a big part of his life. And while Alexa can sync his calendar for him and help Brian remember what he’s doing that day, the gadget’s ability to play virtually any song for him is an invaluable gift.

“Music is always on in my house, but it particularly helps me on days when I’m low. I will play music and it will take me back to that specific time and memories from that time will come back to me, crystal clear. And I come out of the fog and am able to function again.” And while Brian cited the 70’s and 80’s as his go-to eras for uplifting playlists (“Nothing brings a smile to my face like KC and the Sunshine Band!”), he loves all eras and genres of music (citing Bruno Mars and Ed Sheeran) because “you never know what will bring you joy”.

Brian’s open-hearted enthusiasm continued when I asked what he’s most excited about in the world of advocacy these days. “Bill Gates!” He loves that Bill is encouraging research at a time when big pharmaceutical companies are backing off from it. He identifies with Bill’s tenacity: “I won’t quit.” Brian is also excited about the good people he has met and fundraised with for The Walk to End Alzheimer’s. The individual efforts really add up to make a difference. (To that end, if you wish to contribute to Brian’s advocacy efforts, please visit his GoFundMe Campaign.)

As our conversation was drawing to a close, I had a feeling Brian would have a most excellent response to my final, silly question: if there was a Brian LeBlanc Action Figure for sale at the store, what accessories would it come with? And he did not hesitate.

“I want to be Alzheimer’s Guy, and I want a big purple cape with a big A on it. I want to speak for those who cannot. I want to tell everyone:

You're still strong! You still matter! You're still an individual! You're a human being! And you shouldn't be disconnected.

When we asked practice administrators what their most valuable resource is, we expected to hear...

At the heart of a personalized experience is knowing what matters most to people, and the only way...

The value of using digital technology to share information with patients is not news, which is why...